The fall program begins with a purely social meeting held at a member's home. Wine, beer and coffee are served along with various Swedish and American delicacies. There is no program except the conversation between members. It is an opportunity to socialize and discuss recent vacations, celebrations and the current "scene" in Iowa City and surroundings.

The program for the fall is often announced on this occasion.

The following are some photos from previous social meetings.. 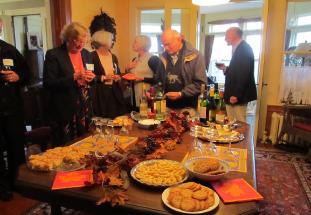 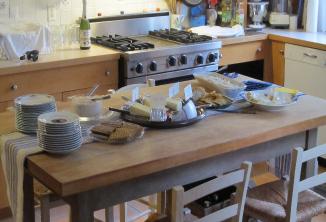 The table is set! From the "Seashore" meeting in 2010. Jan Alans house, Iowa City.

Swedish Cheeses and other delicacies proferred at the Social Meeting in October, 2012. The dining table was also set with wine, beer, coffee and kringler.

From the Fall Social meeting, October 2012 at the home of Bob and Birgit Coffman, Iowa City. 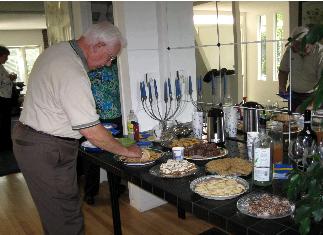