Midsummer 2015 was held on Saturday, June 20 at the Shelter at Willow Creek Park (off of Benton Street, on Teg Drive) starting at 4:00 PM. About 38 - 40 members, friends and children attended. It was a shared Svensk Midsommar Buffet, with a large selection of interesting items for a summer afternoon.

Kubb players were out in force, and several rounds of Kubb were played before the food was ready and the Buffet was declared open for business!

Music entertainment was provided by Marilyn and Ed Holtum (vocal and guitar) and by Ron Johnson (accordion). Our Majstang had been set-up and decorated with a large selection of summer greens and flowers.

Everyone danced around the Majstang a few times when rain drops began to fall! The Holtums music performance was barely started (apoligies for the bad weather!), when the skies darkened, the wind blew and everyone ran for cover!

There shelter was cleaned up, cars were packed and the last to leave did so in a shower of rain! Still, everyone had a good time!

It was a typical Iowa Midsummer afternoon! See the: 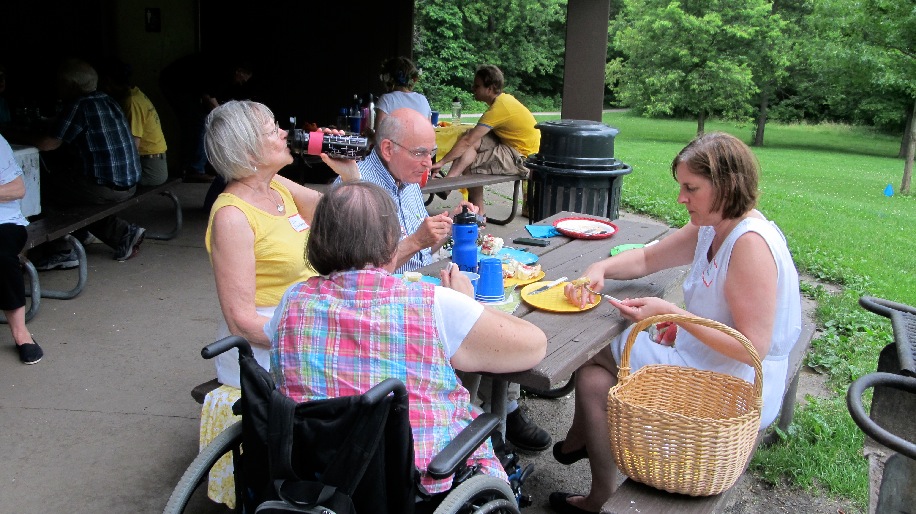