This page has a Gallery of four iPhoto folders from Swedish Club Fall and Spring Cultural meetings. The topics of the meetings were:

Uppsala: A Medieval Town with a Modern Pace, March 2011, by Adriana Mendez, Professsor of Latin American and Caribbean Literatures, University of Iowa. 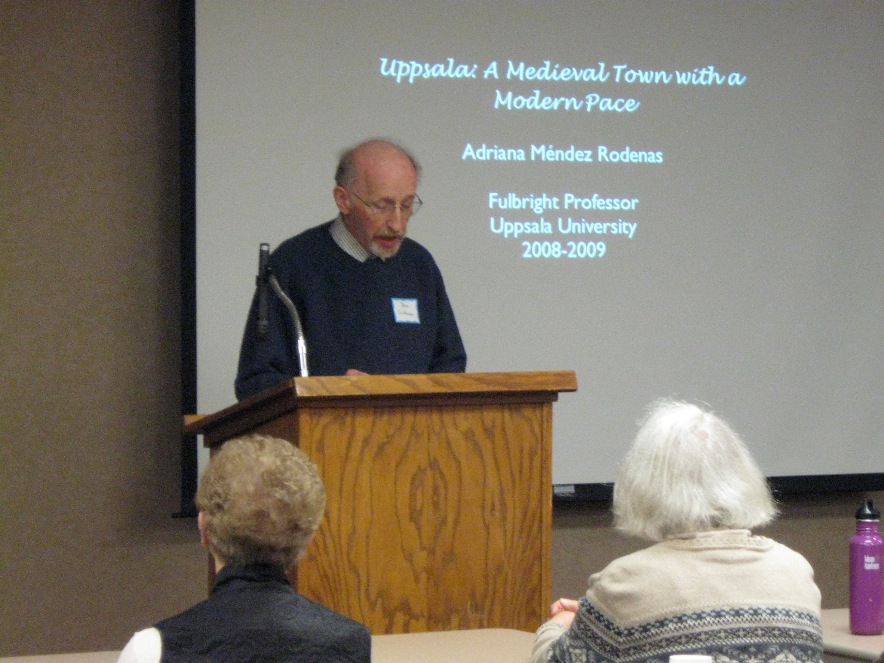